The following is an interview I conducted with Margaret Jones PhD, who has written a book about her experiences titled: Not of my making: Bullying, scapegoating and misconduct in Churches.

The nub of one-sided psychological abuse and coercive control is that it occurs across all social institutions. In fact the trigger that helped Margaret realise what was happening to her was a television show explaining school bullying.

Whilst the abuse Margaret experienced occurred within the context of churches, her story resembles those told by survivors of workplace bullying. Her coping strategies also resemble those of women who experience psychological abuse by their male partners.

Clare: What were the tactics of bullying, scapegoating, misconduct and psychological abuse that you experienced as the target of those tactics?

Margaret: My adversaries refused to talk directly to me about their complaints. Instead they gossiped with each other about me. They shunned me during social events such as coffee hour but made a big show of coming over to me during church services to hug me even when I told them I didn’t want them touching me. They also carried stories to the minister who then chastised me. Eventually they initiated church discipline procedures against me and ousted me from church.

Clare: At what point did you actually define what was happening as psychological abuse?

Margaret: The abuse began in 1993 and went on for 10 years. I was slow to figure it out. Somewhere near the end of that time, Stossel (a TV magazine reporter) had a television shot on school bullying. That was when I realised not only that I was being bullied, but that it wasn’t my fault.

Clare: I was interested to read in your book at the point where you were really starting to understand what had been happening to you over those years, that in order to forgive, survivors of abuse first need to blame their perpetrators and not themselves. But, like survivors of domestic violence, it can take years to understand the dynamics of the behaviours from people you love and trust. How did you respond in the immediate moment back before you really understood you were being abused?

Margaret: I kept trying to find out what was wrong so I could fix it. I tried to get the people involved to talk to me about it.

Clare: How did you cope in the days/weeks after the abuse?

Margaret: Not well at first. I was anxious, suicidal and fought strong urges to self-harm. I sought counselling and began journaling. I also began reading everything I could find on church conflict and bullying. I corresponded with some of the authors of those books. I also joined some online support groups for survivors. Once I realised I was being bullied and it wasn’t my fault I fought back more effectively. Since my adversaries wouldn’t leave me alone I filed a professional liability claim against them. Fighting back really helped. Writing “Not of My Making” also helped me to figure things out and heal.

Clare: What type of people in the churches psychologically abused you?

Margaret: People bully in churches for the same reasons they bully everywhere. I think if you are more concerned with maintaining appearances and don’t believe in expressing anger directly you are more likely to use back room type of tactics. Also, if you are prone to jealousy and aren’t willing to admit you have “negative emotions” or that you sin like everyone else you are more likely to bully. Often people who bully are trying to protect or gain status and power. One way to achieve power is to defeat someone who is perceived as competent or having status. I think my adversaries were trying to promote their own agendas. By attacking me at Murray church they avoided discussing my concerns. At FXUU church my interest in Christianity was a direct threat to those who wanted to promote neo-paganism. At Immanuel I think there was a lot of jealousy. Pastor Karen whose own marriage was failing resented my successful marriage to Lyndon. Others resented my affluence and professional status. There was also a lot of prejudice about women and race (Margaret is married to a Black Trinidadian man). I think they succeeded in consolidating their power and status while strengthening the cohesiveness of their clique. That is why they had no need to talk to me and negotiate.

Clare: In what ways do you think (a) being a woman, (b) a woman with a PhD, and (c) a white woman married to a black man related to being abused?

Margaret: The church leadership both within the congregation and in the denomination supported the bullies. The leadership was assumed to be right and good by virtue of their position. They were able to hide what was going on and/or distort information. There was no policy and procedure to bring a complaint or to ask for mediation by a disinterested party. Clare: What kind of help from family, friends or professionals did you find most helpful?

Margaret: Therapy was essential – it was different from other experiences – because Steve (my therapist) lived through it while I was living it. Being believed was essential. My husband, during the FXUU church thing, was very supportive. He read me a poem about a wife who’s been abused and what it’s like at midnight. He was vigilant at night about where I was at emotionally and what I was doing – also during the day when he was concerned I was suicidal.

Clare: What kind of help from family, friends or professionals did you find detrimental?

Margaret: Comments such as, “You should just get over it and move on”. Refusal to talk about it. Psychologists are not well trained about this issue, or they approach it totally wrong. They don’t know their social psychology enough to understand the interactions. Psychologists think the client is misperceiving it. But I was right about my intuitions.

People still say, “What part of this was your fault?’ and I answer, “That I trusted the wrong people”. Psychologists say both parties are at fault. Mutuality is the belief in a “Just World” – that belief blinds people to evil. It may be person “a’s” fault, or person “b’s” fault or it may be both. In each case you have to investigate the reality – but that requires work – so people just walk away. They think, “If I can say it’s both their faults I can just walk away from both of them.”

Clare: Why do you think the bullies chose you as a target, and not others?

Margaret: Same reason they did in the schoolyard. I was short, introverted, competent and intelligent. I also didn’t know how to fight back. I was too nice and not aggressive enough. I think bullies test the waters and see how far they can go. For instance in the early grades school bullies choose targets randomly. By middle school they have figured out who won’t defend themselves well and who lacks allies. Bullying is a way to knock out the competition. My professional status and willingness to share my beliefs and opinions also made me visible. They perceived me as a threat to their own agendas.

By fighting back and aggressiveness I mean that, if criticised, I would think, “They must be right”, “What can I do to fix it?”– rather than a more appropriate response, “You’re wrong.” So I mean assertiveness.

Clare: Looking back, what would you now say are the warning signs that someone should look out for so they could define what is happening to them as psychological abuse – and not blame themselves?

Margaret: I am finding this one hard to answer. I think you need to pay attention to how people talk or don’t talk to you. Do they make comments that leave you feeling inadequate? Do they criticise or put you down especially in front of others? Do they give unsolicited advice? Do they continue to do things that make you uncomfortable even when you have asked them to stop?

Clare: Given everything you’ve learned from your experience of psychological abuse, how do you deal with it differently now? 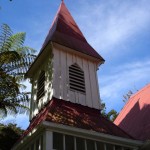 Margaret: First there is a change in mindset. I no longer worry about whether someone likes me or not. I ask myself if I like them and pay more attention to whether they reciprocate offers of friendship. I stay away from people who don’t think it is okay to express anger or who confused feeling anger with behaviour. I am also more willing to be aggressive if I think it necessary. I will push back in some way. I won’t let put downs go by without responding to them. I talk to others about it and seek allies. It is important to have allies. You can see this in the way I have handled some negative reviews of my book. I have written blog posts about it. I also am more observant of other people’s behaviour in group settings.

For instance, in my current church, power is handled very differently. Initiative from church members is encouraged. Things are not so top down. I also read the church constitution before I joined and noted that the constitution included a structure for dealing with complaints. The minister at the church where I am now has the view that any complaints should be made openly to that person, that you should have the nerve to say it to them, or not say it at all. Whereas in one of the churches where I experienced abuse, Pastor Karen had all sorts of reasons why it was okay for people to go behind my back to her.

Clare: What advice do you have for others about the most effective strategies they could use to cope if they find themselves embroiled in a pattern of being psychologically abused?

Margaret: Assert yourself when unfairly criticised. Learn verbal self-defence tactics. Find allies and don’t be silenced. Talk to as many people that will listen about what is happening. There is a risk if you stay. If your adversary is very powerful they will find a way to silence or run you out. If the leadership condones gossip and bullying – for your own sake, you need to leave. I should have left earlier and found a healthier church. Nothing I did was going to change things. I didn’t have enough power. Although this is the end of my interview with Margaret, I am half way through reading her book Not My Making

and intend posting a review of it in October. It is a very personal story of what happened to her and how she made sense of the insidious, often subtle, sometimes obvious psychological abuse across time. Meantime it is available from Pluck Press or at Amazon here: Not My Making

Are women who live with abusive partners codependent?
Shame experienced by abuse victims