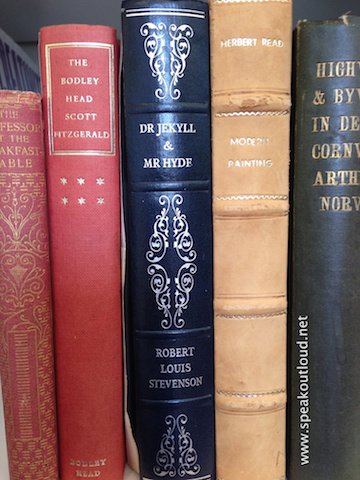 Most women who come to me for counselling are often confused and exasperated by their male partner’s flip flopping between ‘good guy’ and ‘bad guy’.

Pauline said her husband Chris, “would be so lovely and charming to other people and so shit horrible to me.” Peter, a man who’d attended a stopping violence programme told me “I was very cunning about the violent side I displayed at home, I would be appalled if people knew the extent. So I kept it rather quiet, and did the public façade.”

Other men who’ve beaten their female partners tell researchers: “I’m not really a violent person…looking for violence is not part of my make up.”1

“I wouldn’t say I was violent. Violence is not a part of me.”2

These men see themselves as normally good moderate men, who only use violence in extreme situations. That when they did beat their female partner they were ‘not themselves’, ‘not their true self,’ that they were ‘not who they usually are.’3-6

Seventy-seven percent of men interviewed by Julia Wood7 said they were ‘not the abusive type’, and that their abuse was not as bad, or as frequent as ‘real abusers.’5,7,8

Peter, told me that before he attended the stopping abuse programme, “I didn’t consider myself violent or controlling to my wife, initially, I’m not that sort of person. I’ve never gone out and picked a fight, never really got into any scrapes y’know.” But later Peter “realised that’s what I was, that’s me.”

What is a ‘real abuser’?

The media stereotypes men who use violence against women. They’re described as monsters, drunkards, or mentally sick animals who have lost control and did not know what they were doing.

Eva Lundgren, who interviewed 40 Norwegian couples found that the male abusers used “controlled switching” strategies of punishment and comfort. Some men comfort and care for their partner after causing harm. They switch between being the comforting Dr. Jekyll and the punishing Mr. Hyde.9

The more unpredictable this switching is, and the more often the switching back and forth happens, the more likely the victim will bend over backwards trying to please her controlling partner.

Karen said: “I don’t want to make Felix out as all bad because he’s an incredibly patient, caring, loving person when he wants to be.” When I asked Karen if this caused confusion she said “Yes! Oh God yes! After a little while I’d start feeling really nervous about putting a foot wrong, about making a mistake, making a wrong decision.”

For years victims of domestic violence have likened their abusive partner to having a Jekyll and Hyde personality. As someone said on my facebook page: “One minute they love you; the next minute they hate you. Their personality changes like flipping a switch” Jekyll and his shadow Hyde

In 1886 The Strange Case of Dr. Jekyll and Mr. Hyde, a short novel written by Robert Louis Stevenson, was published.10

Recently I decided to read the story to understand the origin of the term ‘Jekyll and Hyde’.

Dr. Henry Jekyll is a rich man with high status in his community and he’s well respected. He sometimes has evil urges which he believes are unbecoming for a man of his social position, so he expends a lot of energy trying to suppress them.

Then he creates a potion to drink — in an attempt to mask this internal evil part of himself. But the potion doesn’t work. Instead Dr. Jekyll turns into the hideous, vicious, violent and remorseless Mr. Edward Hyde. Nothing lived in Mr. Hyde other than fear and hatred.

So to translate this into the world of domestic violence — Dr. Jekyll is a good guy, charming in public. Outsiders have no idea that hidden behind his ‘good guy’ mask is Mr. Hyde, a man who is violent and nasty towards others and has no remorse.

Women are shocked when their partner suddenly appears as Mr. Hyde.

This is what happens in many domestic violence situations. The abuse gets worse and worse over weeks, months and years.

Because Dr. Jekyll has a respectable public reputation he believes he can hide his violent side, just like an upstanding citizen might pay a thug or a hit man to kill or beat up someone. Meantime the ‘good guy’ appears innocent in the public eye.

In this way Dr. Jekyll is able to distance his ‘good guy’ self from the bad guy self. However the more times he turns into the violent Mr. Hyde, the more he fears that his good guy side might permanently disappear. And so it does. He becomes the evil-doer permanently.

When a male perpetrator minimises or makes excuses for his abuse, this is partly because he feels a need to separate himself from what he thinks of as a ‘real abuser’ — because he doesn’t admire those so-called ‘real abusers’ who beat up women.

He justifies this by saying that his abuse/violence is not as bad, not as severe, not as frequent as that of a ‘real abuser’. Or if he never uses violence, he prides himself on not hitting a woman. Meantime ignoring the fact that he’s psychologically controlling her.7

Many men who abuse their loved ones refuse to seek help to change, believing they are not ‘real abusers’

Peter said “When I first went to the stopping abuse programme I had this expectation thing. I suppose arrogant, arrogant and hypocritical. Thinking I’m not as bad as all these other blokes are gonna be, you know they’re all gonna be bloody you know put their wives in hospital, you know I’m not as bad as that. And of course we were all just as bad as one another.”

Abusers abuse others on purpose: Coercive control is intentional
Are you struggling to come to terms with your partner’s abusive behaviours?