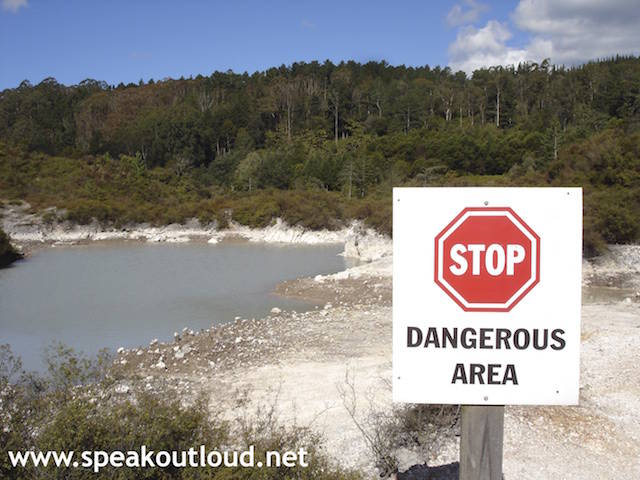 You’re dating or living with this good looking guy, maybe he’s charming and you feel wanted . . . but things he says or does make you feel bad about yourself – and you can’t really figure out why. You likely question yourself asking whether it’s something about you – because he doesn’t seem to think it’s about him . . . Somehow whatever negative things happen between you, you’re left feeling that it’s you with the problem.

Perhaps you got into the relationship quickly, maybe had sex much sooner than you wanted. Maybe you didn’t develop a friendship before suddenly spending most of your time with him and hardly, if ever, seeing your friends or family any more. Your life may have narrowed so that you’re no longer pursuing your own interests – life may seem to be all about being with him . . . waiting on him . . . thinking about him. If he seems jealous or possessive maybe you find that enticing because it makes you feel wanted and special.

Have you started changing?

Have you started changing for him, to keep him, to make him happy, to prove you’re lovable? If your old friends were flies on the wall, what might they notice that is different about you? Will they notice you’ve changed your appearance? That you’ve become secretive, dull, lost your sense of aliveness?

Has your mind started to go crazy after arguments – as if anything you thought was logical before meeting this man now seems confusing?

Have you started to feel guilty about all sorts of things? Yet deep down you know you have not done anything wrong. But then instead of admitting to yourself that you feel uncertain or unsafe, you start hiding things you do so you can feel the freedom you had before the relationship.

Or do you find yourself lying to him – yet that’s not something you usually do? But if you slow your thought processes down and explore your intuition, you may discover that you started lying because he has a way about him that makes you feel uneasy. Perhaps you started lying to yourself because he’s so sensitive you don’t want to hurt him – yet if you were honest with yourself, is something going on whereby it is you who is feeling hurt?

Do you think you’re not good enough?

If you ever had beliefs before that you weren’t good enough, something wrong with you, or you were stupid or ugly – have those thoughts become worse since being with this new man? If they got worse it’s highly likely you started changing yourself to seek his approval and to prove to him that you were good enough, that you are capable and good looking enough. But all your efforts are not working . . . is that true?

Can you answer ‘yes’ to these questions?

Be honest with yourself

If you answered ‘no’ to these questions – it is very probable you are with a man that is engaged in a slow process of gaining more and more emotional control over you and your life. To check how real this may be I urge you to subscribe to my free ebook in the side panel and download the Power & Control Wheel and List of Tactics that some men use to control their female partner. Go through and check if he is using any of these behaviours.

Just in case he is controlling you . . . it may not be safe to show him the list. If he is using ongoing emotional abuse, then it may be supportive for you to take the list – and discuss what’s happening to you – to a trusted friend or family member (possibly someone he has said he does not like or does not want you to see), or a counsellor. Or contact a local domestic violence agency as they are trained in helping women make sense of subtle emotional abuse and control.

Some aims of checking this list and seeking support outside the relationship are to empower yourself so that you have greater choice over your life and all your current and future relationships. Another aim is to do what it takes to care for yourself, and to trust your gut instincts about what’s really going on with you and your partner.

Ultimately relationships have to feel safe

Markers of a healthy relationship – whether that’s a dating partner, someone you live with, a workmate, a school friend – are when you can say to yourself, “Yes this person is honest, trustworthy, respectful, honours my privacy, is safe to be around and I feel totally free to be myself”.

Do you believe the world is just? Believing this can keep you trapped in relationship
“Ensuring our manhood stays intact”

The Emperor has no clothes