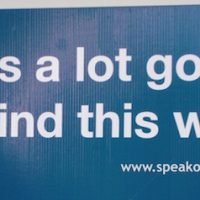 Men and women are socialised into a society founded on social hierarchies. In the west, those who are considered to have higher status than others are white people, people with higher education, men, people in the middle age range (that is not children and not elderly), people who are physically and mentally able, the rich,

But this does not mean they enter a relationship that leads to abuse and control. However, this was the case for many of the women I interviewed in my Masters research, and many of the women I see for counselling. Some women talk about having their life mapped out for them. For example, whether or

Do you wonder what it would feel like to be free? Do you have a legacy of fear and shame? Has the aftermath of abuse led you to be a conformist? Or has it led you to be riddled with anger so bad that you rebel? Fear and shame are the lifeblood of one-sided power