Hello … I am Clare Murphy 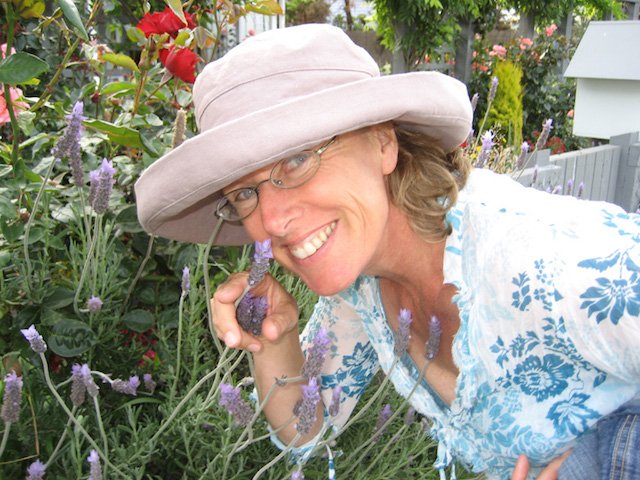 I started this SpeakOutLoud website in January 2009 and am constantly inspired by the encouraging comments people make. I began this journey because I have a storehouse of knowledge in my head and heart that I felt compelled to express. I want to say that it’s gratifying that the site has thousands of readers – but the paradox is that it is not gratifying that so many people need a site about emotional abuse and control. However many of you are finding benefit . . . and that inspires me to continue the journey.

I write this from my home in Brisbane, Queensland, Australia.

My partner, as usual, is busy doing his thing elsewhere in the house, leaving me with freedom and privacy to write. He is a respectful, caring, trustworthy and honest partner. With him, and in this house, I am free, comfy and safe . . .

But my life has not always been this way.

During the 1980s, when I embarked on understanding myself, including why I lacked confidence and had such a low self-esteem, I realised that I’d grown up in an unsafe environment marked by the misuse of power and control.

I began wondering about ways I might misuse power in my life. It made me think about what lessons I could learn from my childhood in a 1960s family. It was riddled with controllers, so-called wise elders – women and men all demanding my respect … but in a manner that denigrated me and suppressed my authenticity. They demanded unquestioning respect for their values, their views, their needs, their wants, with little consideration of mine. I could see they were blind to other people’s sensibilities and sensitivities and I never wanted to be like them. So I set my life on a course determined never to misuse my power.

But did I even have any power? I didn’t think I did…

When I examined my life with controllers in the family I realised, to my horror, I had tried to emulate them by trying to control one of my sisters when we were growing up. I did this because she was labelled ‘naughty’ – so-called because she refused to obey the commands of the controllers. She knew much earlier in life how to maintain her authentic self despite the efforts of those around her to strip her of her spirit. Years later I came to know that I had lacked the critical awareness my sister had.

I thought I was supposed to obey the elders without question.

That meant suppressing my voice, my expression and self-awareness.

In my relationships with everyone else, I certainly was not behaving the same way as the elders who reinforced their commands with physical violence and psychological abuse and control. Except for the blind, immature controlling of my sister, I made every attempt never to control anyone.

But that was a problem too because, instead, I felt victimised and squashed. I had no idea who I was. All I knew was how to behave ‘correctly’ because I was petrified of doing the ‘wrong’ thing. I was scared of the consequences – more psychological abuse or physical beatings. Their controlling styles – especially my mother’s –  involving constant demands for ‘respect’, led me to feel fear and shame. These elders linked the demand for ‘respect’ with instilling fear.

Although my siblings and I were frequently threatened with physical violence or were physically beaten, the psychological abuse and control had a far greater, longer-lasting impact. Over the years I have also experienced this kind of psychological abuse and control from people outside the family – at work, at university, amongst friends and with an intimate partner. Again they were a mixture of women and men.

So, I determined to study these behaviours.

I’d work these people out. I did my Masters degree and Doctorate on the subject of one-sided power and control in intimate relationships. Along with my official qualifications I also embarked on attending copious workshops, seminars, trainings, counselling sessions in the search to excavate my authentic self. What this means is that the psychological abuse and control I experienced was always aimed at trying to turn me into someone else. The controllers turned me into a clone, a slave, a good girl, a people pleaser, a quivering, anxious girl and woman.

In fact, conscientiously taking on these roles led to me burning out. I developed chronic fatigue and chronic physical pain – that some would call M.E. or fibromyalgia. I slept a minimum of 14 hours per day for ten years. I was not able to drive a car for seven of those years. Any work I did had to be on an extremely part-time basis. I learned to develop my own rhythms because I could no longer adhere to the strictures of the ‘normal’ working day that others take for granted.

However, no matter how many personal development workshops and counselling sessions I attended between 1987 and 1999 – none ever taught me about the insidious, pervasive, covert, destructive dynamics of psychological abuse and one-sided power and control. It was not until I volunteered as a group facilitator at Hamilton Abuse Intervention Project in Hamilton, New Zealand in 2000-2001, that I learned about this thread that had run through my entire life across multiple contexts. It was during those two years that I healed from burn out, chronic fatigue and chronic pain.

These impacts on me were able to happen because I was ignorant and because of the huge social silence about the issue of one-sided power and control. I am no longer naïve, ignorant or unaware. I now have the ability to critique myself, critique individuals and groups, and to critique society as a whole. My lifetime experiences and learnings are driving me to make others aware of psychological abuse and one-sided power and control.

Shining a floodlight on ‘power and control’

I freed myself of relationships with perpetrators long ago. But that was only after years of intense study of the phenomenon. Now I see the warning signs very early on. The purpose of this website and blog is to engage in a kind of archeological dig, seeking to expose the skeletons of this often secret thing called ‘power and control’. My writings aim to flesh out the true shape of the perpetrator – too adept at hiding mistreated survivors from public (and family) gaze. I seek to shine a light into the hidden corners for victims living in nightmares and surviving wretched existences behind closed doors.  I will share the stories of the survivors of one-sided power and control and give voice to their triumph – men and women -uniting together to pull the rug from under the pedestals of the  perpetrators..

Other threads of my story

Healing from, and educating myself about, psychological abuse and control has been only one thread of my life. I grew up in a small South Island town in New Zealand. When I was 21 I headed to Seattle, USA to stay three weeks with cousins I’d never met. These cousins were so honouring of my authentic self that I extended my stay to six months. Those six months provided a foundation that enabled my journey towards living into the fullness of me.

But I’d only been away from home one month when I found out my mother had cancer and had been given four years to live. She chose not to tell me before I left New Zealand so that I would be free to travel. I went on to travel through Europe, Greece, Turkey and the UK. After 16 months it seemed too risky to continue in case my mother’s health worsened. So I returned home to care for her until she died a year later. It was after she died that I began re-educating myself. Over those years I have lived in various places in New Zealand, Australia and Europe.

Since my early 20s when I began to understand the depth and breadth of social injustices – in my life and all around me – I have been driven to find comprehensible ways to break down people’s misguided prejudices – one person at a time.